This £10M project created a 2,700 m² extension to the historic Category A listed Theatre Royal in Glasgow, the current base for the Scottish National Opera.

The lighting design provided an interesting, inviting and intimate set of landscapes within the new foyer space, where the colours and finishes relate to the historic fabric of the listed auditorium.

Our work involved testing reflectivity and finishes with computer analysis and real size 1:1 mock ups. This allowed us to understand how the lighting will perform under a range of conditions and at different times of day and night.

Info
A number of different surface finishes were modelled to access their impact on the visual appearance of the theatre at night. 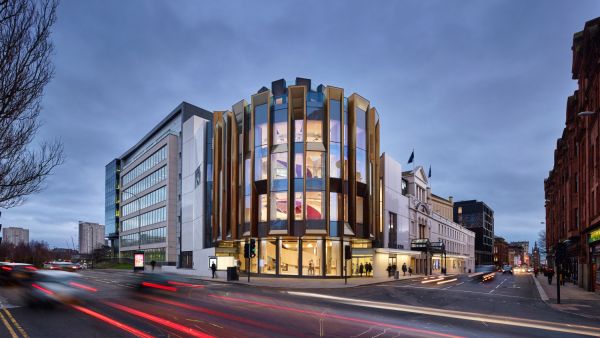 Info
The distinctive golden cladding of the Glasgow Theatre Royal extension required both computer analysis and physical mock ups to establish how it would behave under different lighting conditions.

This major project has improved gallery conditions and the visitor experience at the Grade II* listed Tate Britain in Millbank, London.

The galleries have been designed to maximise controlled daylight and reduce energy demand. An innovative shading system developed by Max Fordham ensures artworks are lit to relevant conservation standards, avoiding direct sunlight and reducing the need for artificial lighting.

The refurbished spaces all have bespoke glass light fittings designed especially for the project. 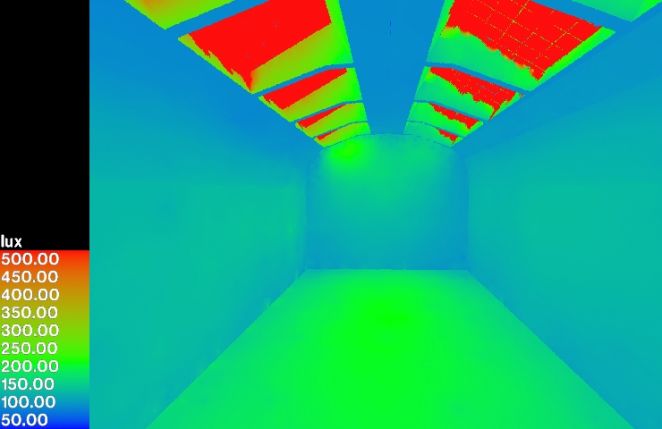 Info
A bespoke and novel analysis technique was developed in the UCL Simulated Sky Dome to calculate the transmission properties of the capillary shading system. This was combined with hourly climate data to calculate annual dynamic daylight performance. 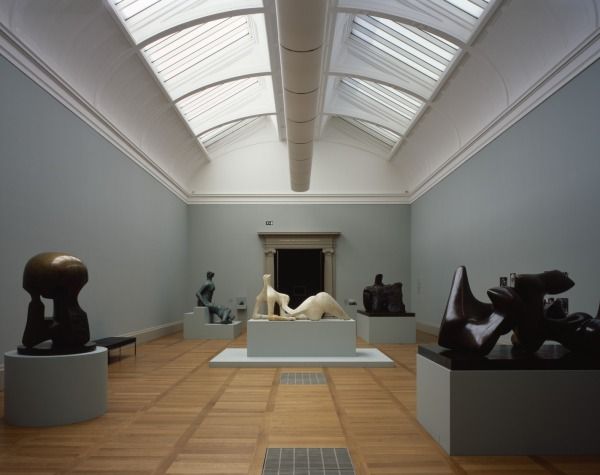 Project Culenova is built on the site of a former coal-fired power station, close to the historical city centre of Bratislava. The project creates a ‘new city centre’ with high quality urban spaces and architecture, accommodating more than 120,000 square metres of offices, residences, retail space and cultural facilities.

We used computational methods to design an optimised solar shading system of angled vertical and horizontal louvres. This delivered the requirements for daylighting in the brief and also addressed the need for solar control.

The resultant shading system gives a distinctive aesthetic to the towers. 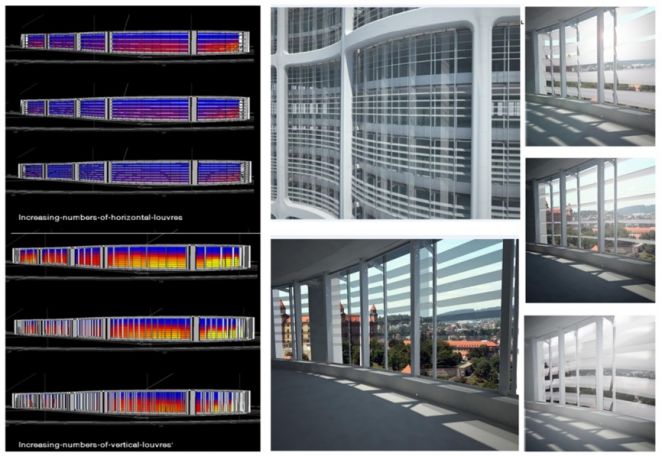 Our approach for external lighting was to avoid bright and polluting lighting installations commonly associated with large events. Instead we created a scheme based on colour and movement - gaining the same focus and attention but with much less energy use.

The roof and sides of the venue had a grid of 120 RGB light fittings which produced animations inspired by what was happening in the Park and arena. For example, a race in the adjacent Aquatics Venue created a wave which ran up the Water Polo roof.

The scheme required detailed modelling and full scale 1:1 mock ups to deal with the tricky reflective material and tight angles, ensuring that it worked perfectly on completion.

Internal lighting in the venue was driven by the needs of competition and HDTV. Careful analysis was needed to make sure lighting worked from all angles and that no distracting glare was created when the water was disturbed during play. As well as computer simulations this also included testing, at scale, in a bath tub!

The field of play was air conditioned to the strict requirements of Olympic Water Polo standards. The Olympic Family seating areas were cooled and heated and the general spectator seating was entirely naturally ventilated.

The three zones were separated environmentally using air movement alone. This separation was achieved by air blades that acted as invisible thermal walls.  By using this strategy we were able to halve the amount of heating, ventilation and cooling plant required by a traditional venue. 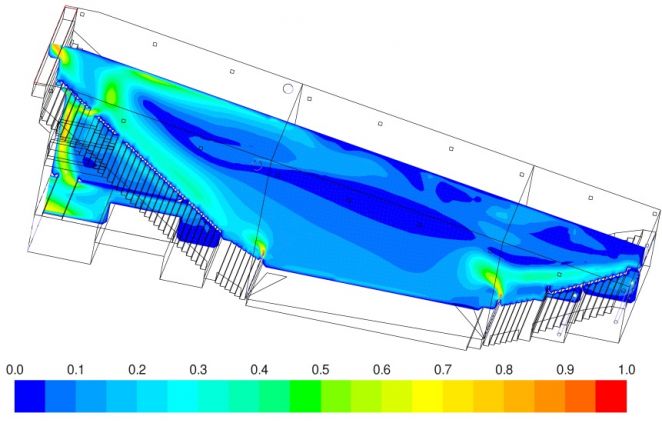 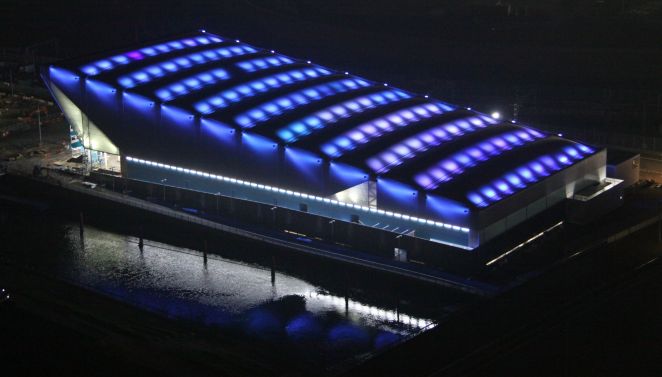 Info
A grid of 120 RGB light fittings produced animations inspired by the events in the Olympic Park. 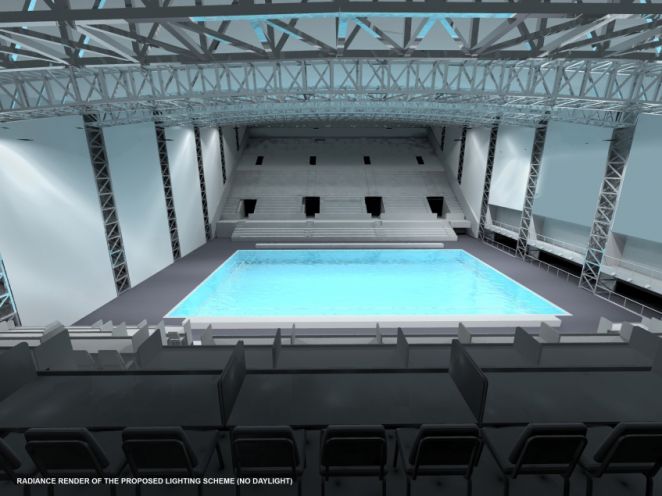 Info
Extensive computational modelling was undertaken to ensure that the internal light levels met the rigorous demands of HDTV.

We assisted The Brooklyn Museum in New York and the Museum of Islamic Art in Doha in putting together an exhibition comprising of two central elements. Three giant structures, located outside, were inspired by tribal tents and designed by Zaha Hadid Architects. Within the adjacent museums, an exhibition of the heritage of nomadic tents features historical objects from the Tuareg, Rendille and Bedouin tribes.

We analysed the environmental performance to help inform the design of the new tents and to ensure that they would be comfortable. The heritage tents were also studied in depth to better understand how they performed and why they were successful. 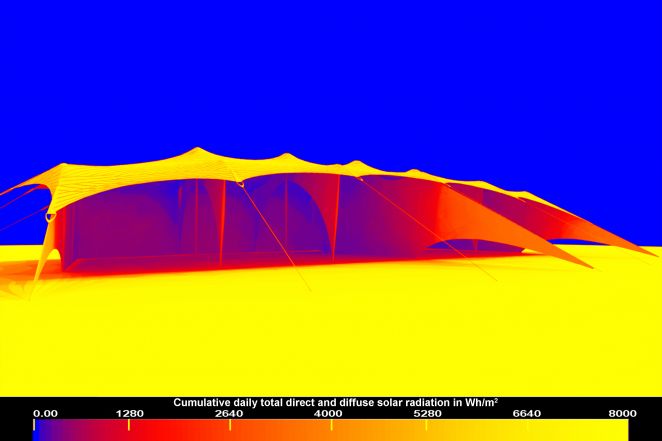 Info
Local climate data was also used to analyse the effectiveness of the shading over the course of a day. 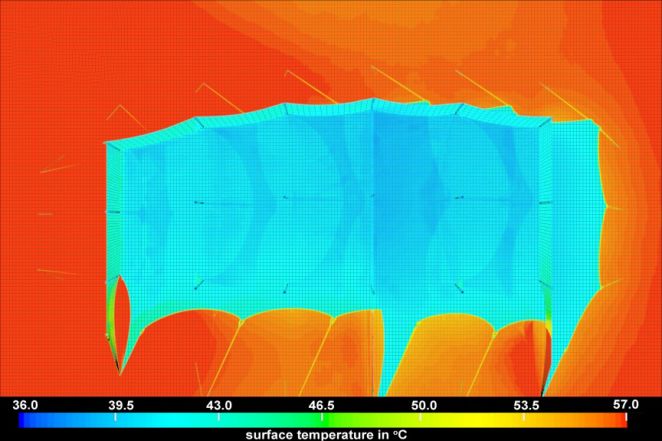 Info
Climate data from the Bedouin area of the Sahara was used to simulate surface temperature of the proposed structure. 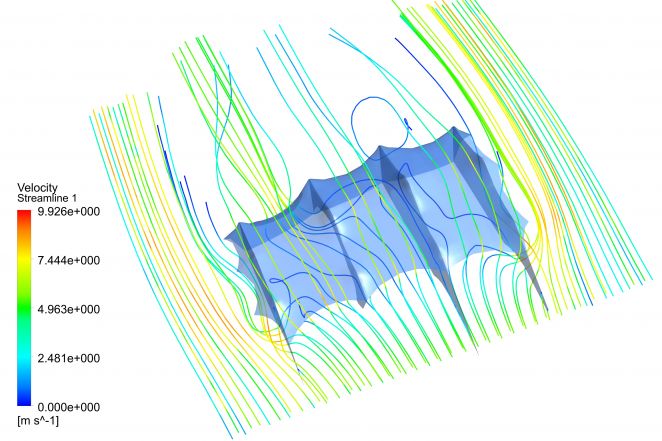 The extension and refurbishment of the former Palais des Beaux-Arts was designed with architects Stanton Williams, and covers more than 17,000m2 in floor area.

We created gallery lighting schemes which blend sun and skylight for maximum quality and human comfort. The use of cinematic lighting at night creates a dramatic effect.

Lighting throughout the buildings is designed to be sympathetic to the historic fabric whilst also allowing new and flexible use, and greatly reducing energy costs.

The Museum is set to open its doors in early 2017. 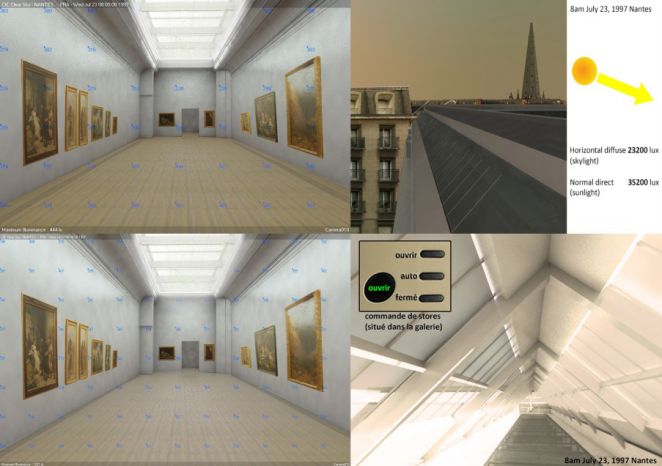 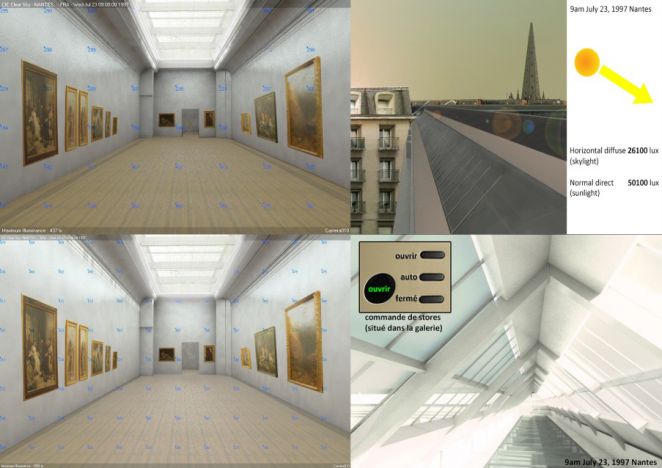 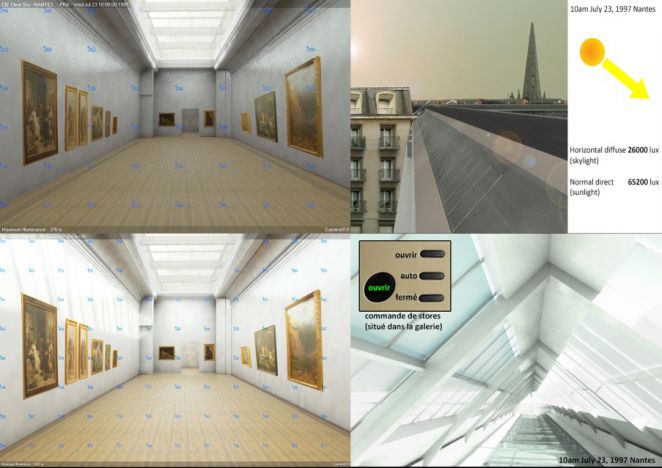 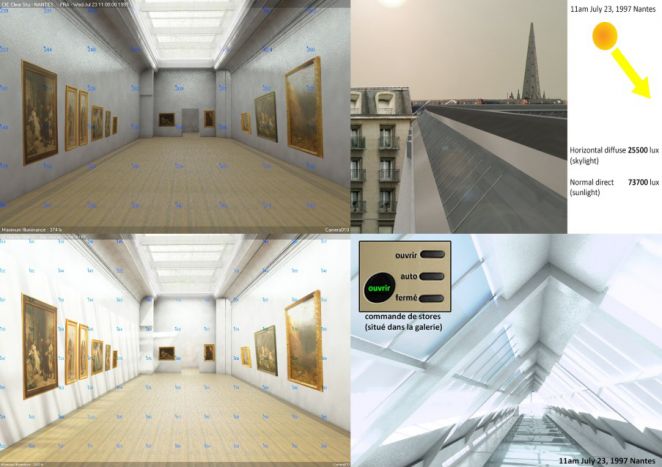 The Grade 1-listed Bristol Old Vic is Britain's longest continuously-operating theatre. Phase Two of the refurbishment provides a radical transformation of the foyers and front of house areas, and an upgrading of the studio theatre facilities.

The foyer lighting changes throughout the day, using the great wall at the rear as a representation of the sky. This allows lights which change in colour and distribution, creating a strong connection with the outside environment.

In the evening, dimming lights use theatrical tricks to create a warm and intimate fireside setting.

Info
Concept images produced of the Bristol Old Vic theatre. It illustrates how changes in colour temperature and dimming of the lighting differ from morning through to evening, creating varied atmospheres. 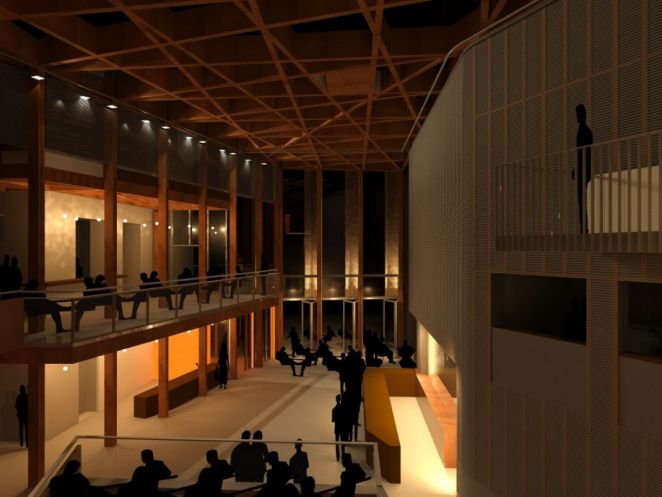 Info
Theatrical use of light and shadow combined with the careful application of accent lighting allows the drama of the theatre to spill out of the auditorium and into the foyer.

Your creativity and passion will be sorely missed by us all.