I rejoined Max Fordham in 1995 after having worked as a contract engineer for Max Fordham and Ove Arup since 1969.

Since rejoining the practice I have worked as project engineer on a number of developments including Farleigh Golf Club, St John's Hospice, RIBA’s Florence Hall, Southleigh Park House, the Royal Court Theatre, the Horniman Museum and Wolverhampton Civic Halls. I also worked on the Army and Navy Club in Pall Mall, where I am retained as Club Engineer.

Recently I've worked on two leisure centres within the Bexley District which were both PFI-led. Both centres were completely refurbished with new HVAC and electrical systems with the addition of  25m level deck pools complete with adjacent teaching pools. These projects are also supported by Sport England.

I am now predominantly employed as an on-site engineer, working closely with the project team to ensure designs are integrated carefully in line with our client’s expectations.  As an integral part of the team in facilitating successful delivery during the implementation phase of projects , I also mentored many of our engineers in the art of site management. 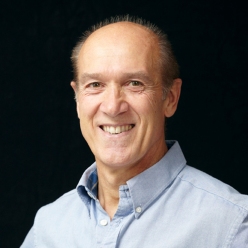